What is this “the fine art of travelling” gallery ?

The Fine art of travelling is a virtual online gallery created to display and share some of the paper items of 20th century (sometimes older) travel related ephemera collected by Jean-Christophe Loubet del Bayle. Initially launched with a specific URL, the site has been redesigned in 2021 and relocated as a subdomain of the owner personal site.

Everything on this site is original and not reproduction; and nothing is for sale.

What is displayed here ? Travel ephemera ?

Practically, will be presented here only travel related ephemera such as luggage labels, travel brochures, postcards and other time tables and maps. Their common identity comes from the fact that they use graphically designed illustrations and not photographies. Most of them are coming from Europe but not all of them. They can be classified in different time periods:

Where does this collection come from ?

Jean-Christophe began to collect travel related ephemera in the beginning of the years 2010. He started with a collection of Lucien Boucher’s Air France maps and other PLM 1920’s posters before realizing that they were a bit expensive. In the same time, he realized that it was possible to collect for a reasonable investment, a lot of very beautiful miniatures of these posters in postcards or travel brochures. Initially the collection was focused on travel brochures and progressively diversified with hotel labels for their highly valuable graphic interest.

According Grammar.com, ‘Travelling and traveling are the two spellings of the same word. Both of these spellings are acceptable and exchangeable in English language but their usage differ according to the part of the world they are spoken in. In American English, the inflected forms of travel take one l—so, traveled, traveling, traveler, etc. In varieties of English from outside the U.S., these forms take two l’s—travelled, travelling, traveller, etc.” 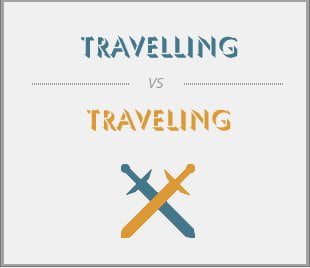 If the documents presented here belong to the site publisher, he does not have any publication rights on them; the rights still belong to their initial owner. If you use an image of this website, please credit it from this site and provide the associated link.