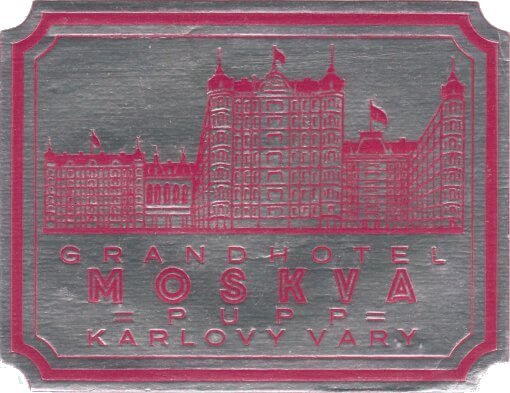 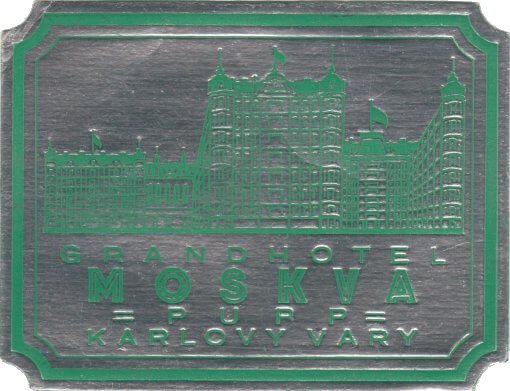 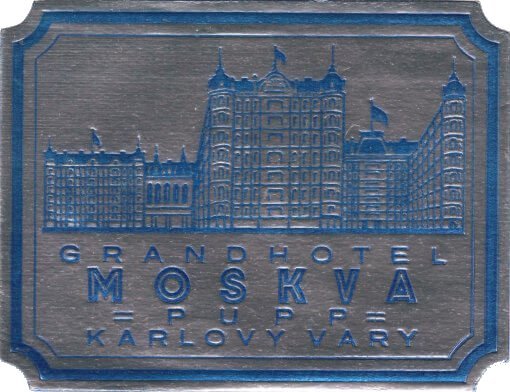 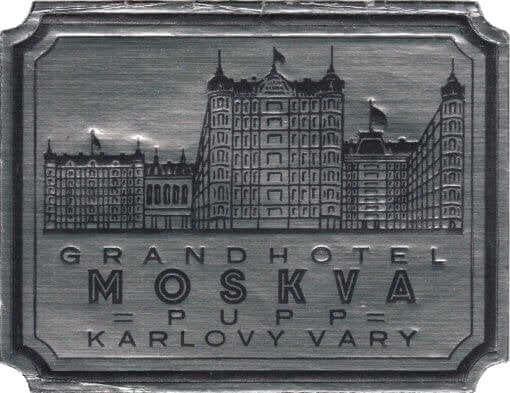 The Grand Hotel Moskva is the name that the Grandhotel Pupp of Karlovy-Vary during the communist period in Czechoslovakia. Nationalized in 1945, the hotel’s owners along with the totality of the Karlsbad (German speaking) population were expelled from the country.

Until the war, the hotel belonged to the Pupp family (Pop in Czech). This family had progressively transformed a ballroom in a restaurant then in 1877 in an hotel which took his definitive form in 1894 with the new grand opening of the Grandhotel Pupp. In 1907, the architects who worked on the Zurich Opera and the Salzburg theater unified the hotel’s façades in a monumental Neo-Baroque style.

During the Grand Hotel Moskva period (1951-1989), the hotel was filled with recuperating workers, peasants and Czechoslovakian army generals, and the luxury suites were enjoyed by communists.

After the Velvet revolution, the hotel was sold back to the Pupp family who transformed it again in a trendy palace who hosted and still host the Karlovy-Vary Film Festival. In 2006, an important scene of the James Bond movie, Casino Royale, was filmed in the hotel. 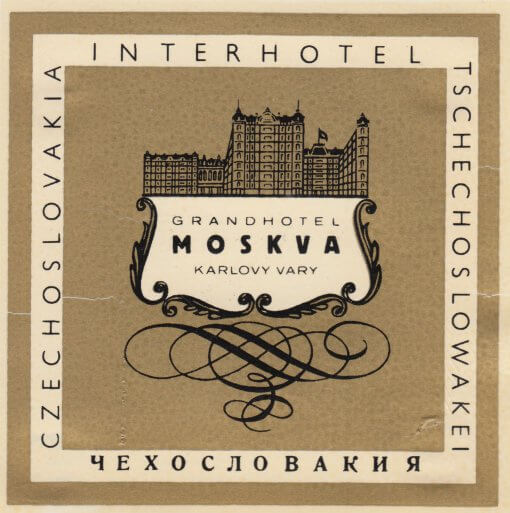 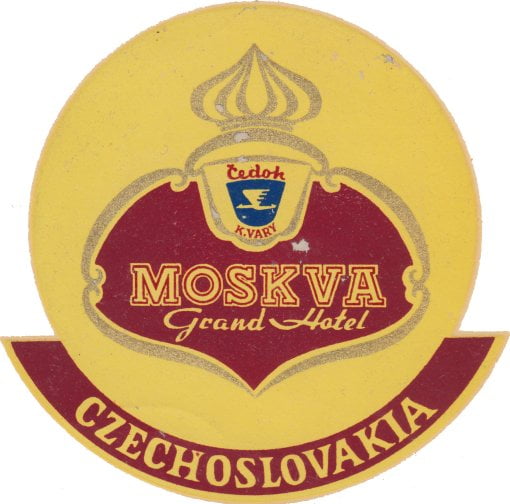 About this silver serie of Grandhotel Pupp labels

About this Grandhotel Pull label (left)

About this Grandhotel Pull label (right)