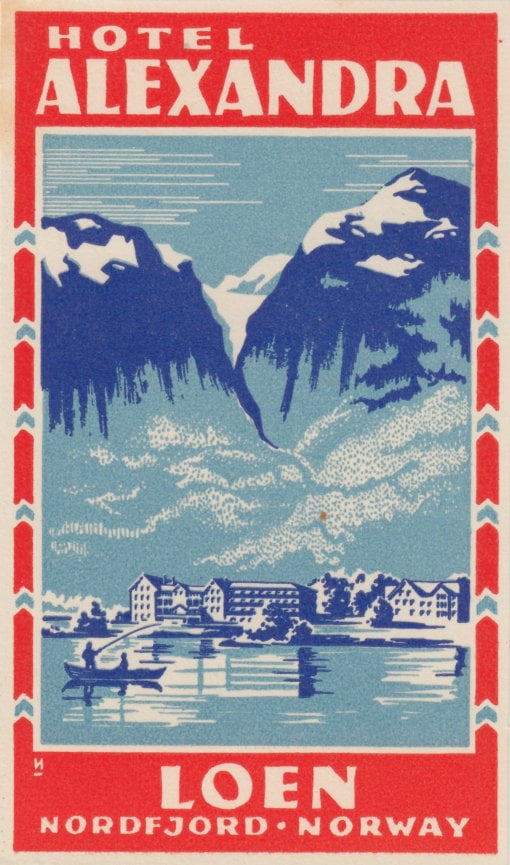 Loen is a village located in the inner part of the Nordfjord region in Norway. It is a well established touristic region famous for its hotel, the Alexandra hotel which was established in 1884.

”The Nordfjord strikes deep into the heart of Western Norway from a point on the rugged coastline some one hundred miles north of Bergen. Although sixty miles long and 900 to 1,800 feet deep it is neither the longest nor the deepest of the fjords, but certainly it combines all the elements of scenic grandeur and great natural beauty with  compactness which simplifies its exploration for the traveller.”

Anders Markusson Loen opened “Loen’s Hotell” in 1884. The year after Bruce Kvamme opened “Kvamme’s Hotell” at the neighbour site. Both of them were almost bankrupt after a few years. The son of Anders, Markus, bought “Kvamme’s Hotell”, changed its name to “Hotel Alexandra” probably in 1892. English tourists were in majority at that time, and they were allowed to give the hotel name after princess Alexandra of Denmark, married to prince Edward, who later became king Edward VII of England.

Alexandra Hotel was enlarged several times before Second World War, and after the expansion in 1934 the hotel became one of the largest tourist hotels in Western Norway. Hotel Alexandra celebrated its 100 years anniversary in 1984. It is today an independent family run hotel with the 5th generation in command. 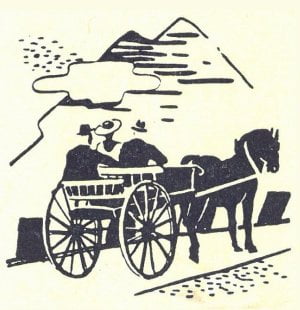 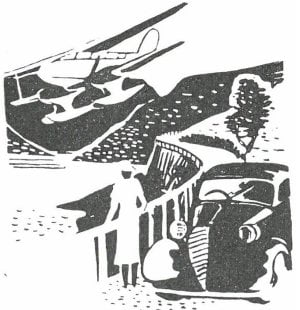 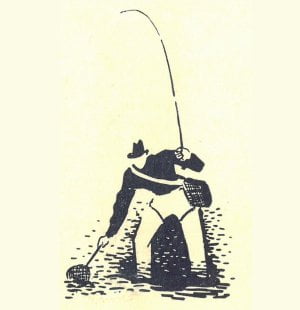 About this Loen touristic brochure

Written by Charles Harvey who was invited by the Alexandra Hotel owner Richard Loen to compile brief notes about the excursions around Loen for the benefit of English speaking travellers.

About this Hotel Alexandra label

Designed using the same picture than the one used on the brochure. 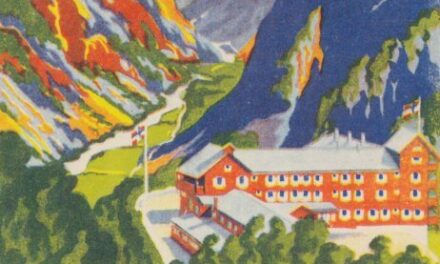