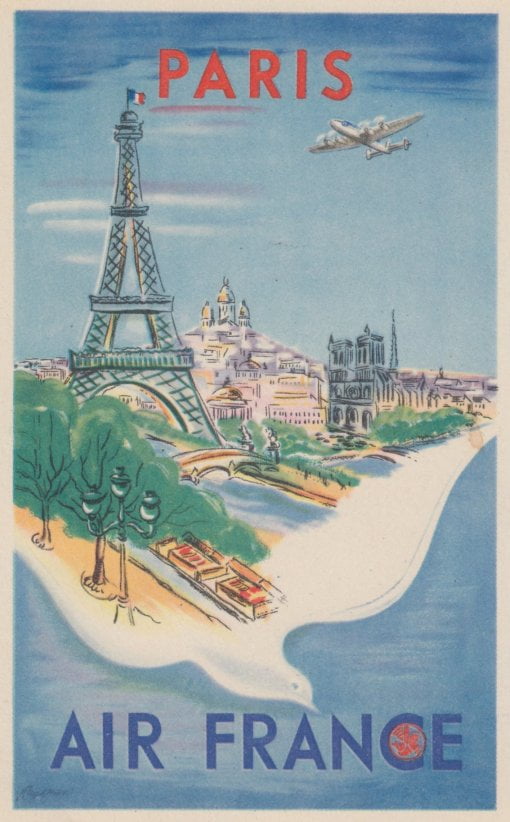 Paris is the capital city of France. Since the 17th century, Paris has been one of Europe’s major centres of finance, diplomacy, commerce, fashion, science and arts.

Most of all Paris is a touristic city: it received 38 million visitors in 2019 with the largest numbers of foreign visitors coming from the United States, the United Kingdom, Germany, and China. It was ranked as the second most visited travel destination in the world in 2019, after Bangkok and just ahead of London.

The headquarter of Air France is located logically in Paris.

About this Air France postcard