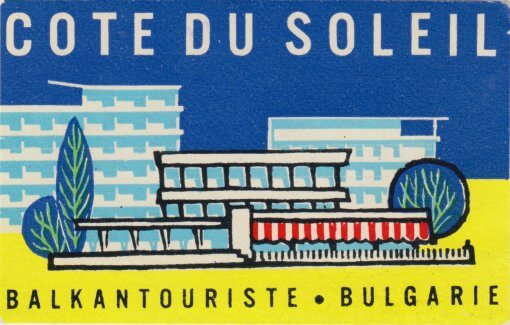 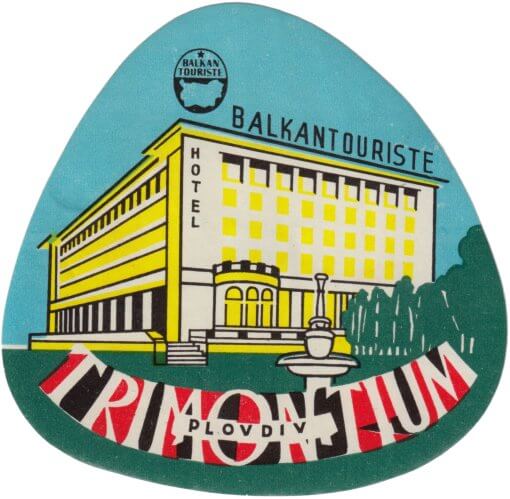 Balkantourist is the oldest existing Bulgarian tour operator, established in 1948 as a state-owned government monopoly, part of the Ministry of Railways.
Its initial service, on a suggestion of the Czechoslovakian leader Klement Gottwald, was to compensate Czechoslovakia’s enterprises in Bulgaria that were nationalized after the Bulgarian coup d’état of 1944 by offering holidays on the Bulgarian Black Sea Coast to Czechoslovakian citizens.
In the following decades, Balkantourist gradually expanded its business to include mountain and cultural tourism in Bulgaria, as well as service tourists from other countries of the Eastern Bloc. Balkantourist played a major role in the establishment of planned seaside resorts such as Golden Sands and Sunny Beach.
After the democratic changes in 1989, Balkantourist was privatised in 1995 by the Bulgarian Tourist Holding.

The Trimontium Hotel faces the ancient amphitheatre and enjoys an ideal location near the main shopping and business district as well as the old town of Plovdiv, the second largest Bulgarian city. It is also next to city garden, with beautiful green scenery and a pleasant, calming atmosphere. The hotel now belongs to the Ramada hotel chain.

About this Plovdiv hotel label