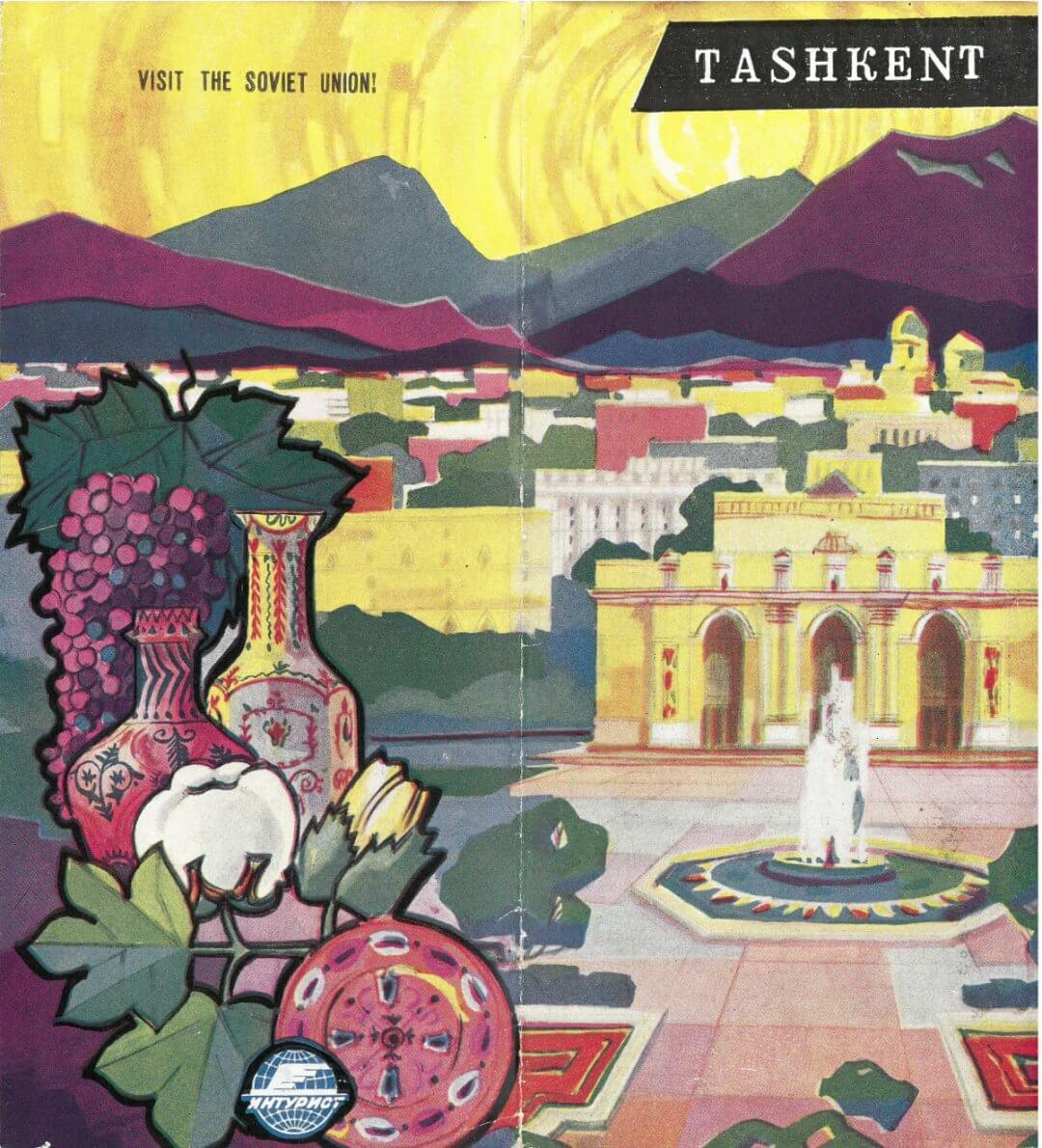 “Tashkent is the capital of Uzbekistan, the largest of the Soviet Central Asian Republics. In size this republic surpasses a country like Norway; its population is just over the 8,000,000 mark. En route to Tashkent, the traveller will see how the boundless expanses of the desert land, with rolling sandhills and sparse growth of saksaul and karagach, are giving way more and more to green areas planted with Lombardy poplars and mulberry trees (…) Founded more than 20 centuries ago, Tashkent grew at a rapide rate and was soon a thriving city of craftsmen and merchants. (…) It is pleasant to walk in the shade of the plane and chestnut trees in Pushkin’s Park, to stroll along the canals with their merrily rippling water, to swin to bask in the sun on the beach of Komsomol Lake, an artificial reservoir built by the young people of Tashkent.”

About this Tashkent Intourist brochure

Vintage foldout travel brochure for Tashkent, Uzbzekistan, published by Intourist that offers you: “varied and fascinating itineraries by rail and plane cruises on modern steamers (…) in the country’s (USSR) beauty spots.”