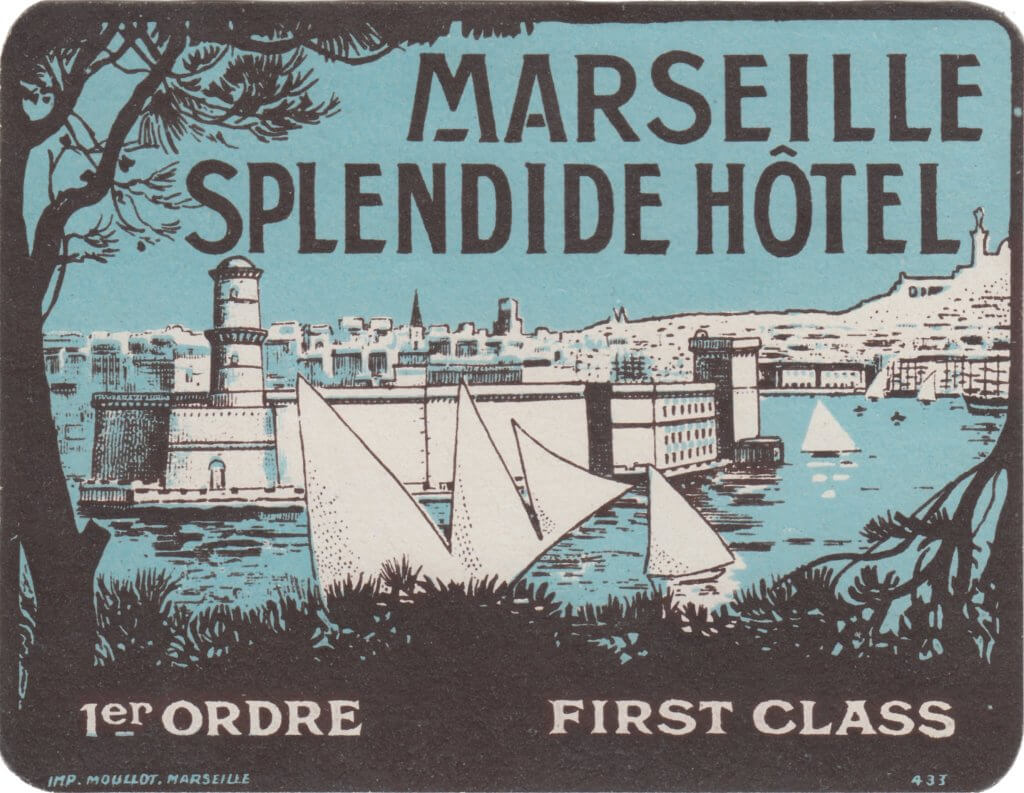 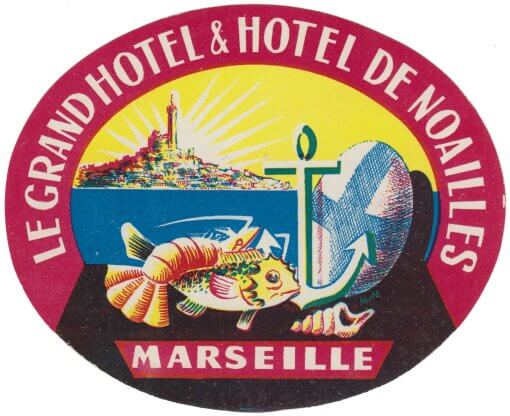 Marseille is the second largest city in France and one of the oldest (known in Antiquity under the name of Massilia). Located in the southeast coast of France, Marseille is France’s largest commercial habour on the Mediterranean Sea.

The Splendide Hôtel was a luxurious hotel located in the center of Marseille, close to the Saint-Charles station. It had been replaced the Russia & England Grand Hotel but does not exist anymore (it has been replaced by administrative buildings).

Open in September 1865 in the building of the mansion where lived Jacques de Noailles in the 17th century, the Grand Hôtel Noailles-Métropole was one of the most luxurious palace of Marseille until his closing in 1979.

About this Splendide Hôtel label

The hotel label of the Splendide Hôtel shows a nice view of the entrance of the Vieux-Port (Marseille historical Old harbour).