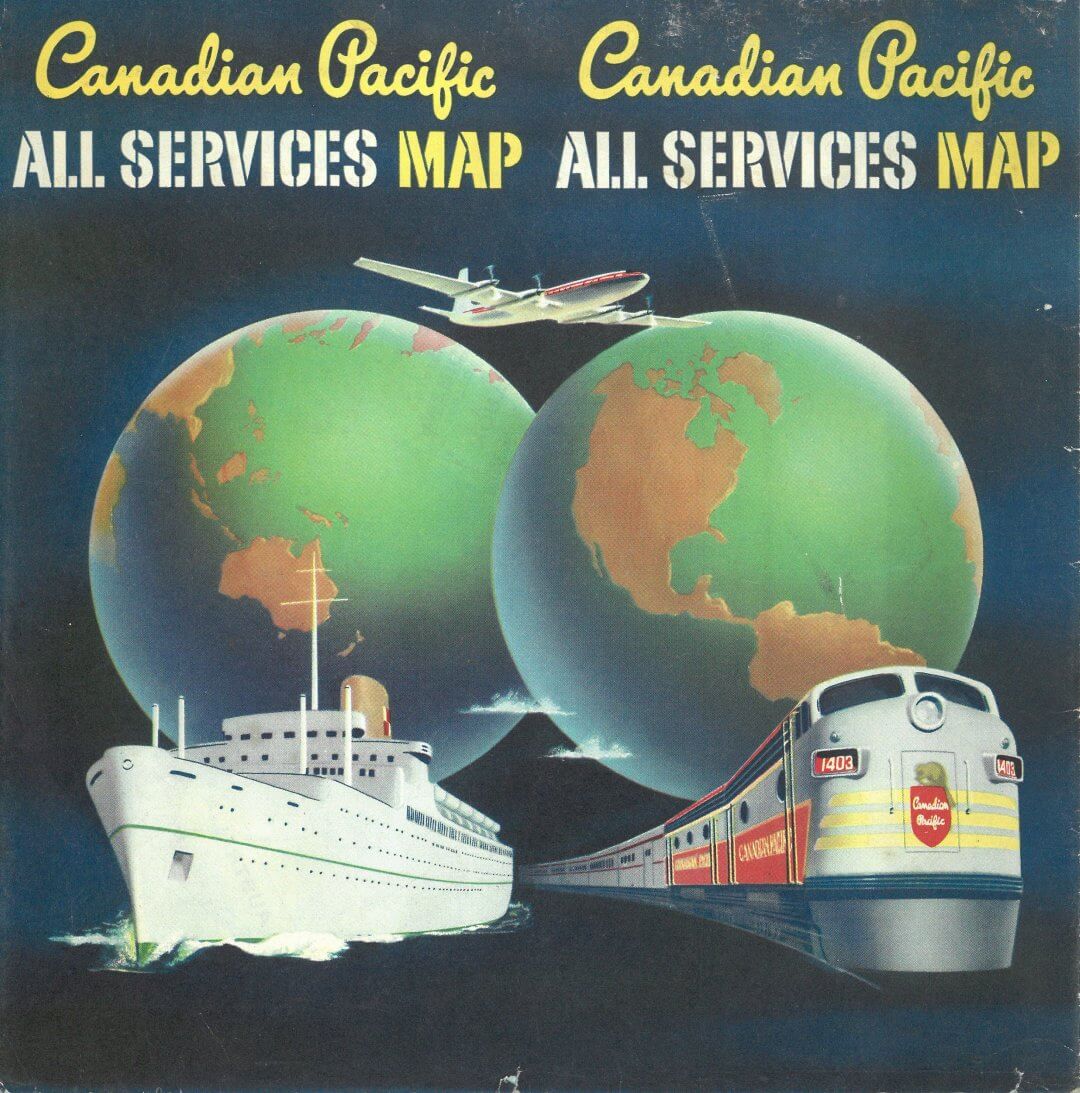 Headquartered in Calgary, Alberta, the Canadian Pacific Railway is a historic Canadian rail carrier founded in 1881. The railway was originally built between eastern Canada (Ontario, not Atlantic Coat) and British Columbia between 1881 and 1885. It was Canada’s first transcontinental railway. Primarily a freight railway, the Canadian Pacific was for decades the only practical means of long-distance passenger transport in most regions of Canada (the passenger business was moved to Via Rail). Canadian Pacific Railways was instrumental in the settlement and development of Western Canada. The CP became one of the largest and most powerful companies in Canada and operated too airplanes and ships.
From the late 1880s until after World War II, Canadian Pacific Ships was Canada’s largest operator of Atlantic and Pacific steamships. It was purchased in 2005 by Hapag Lloyd.
Based at Vancouver International Airport in Richmond, British Columbia, Canadian Pacific Air Lines was a Canadian airline that operated from 1942 to 1987 and its integration in Air Canada.But in the years 1950s/1960s, the Canadian Pacific liked to call itself “the world’s most complete travel system” with trains, ships, trucks, planes and hotels. 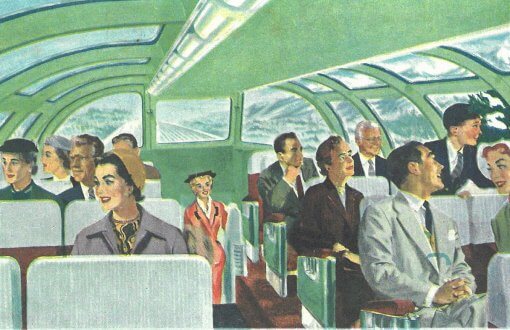 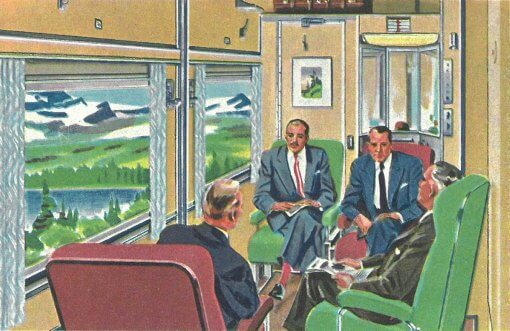 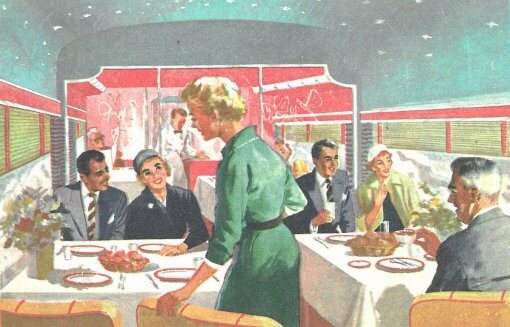 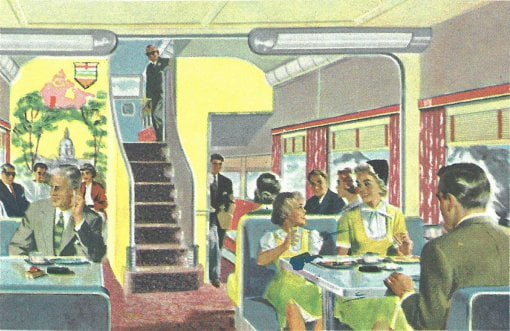 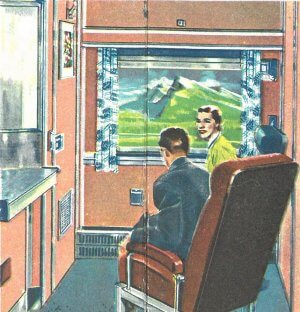 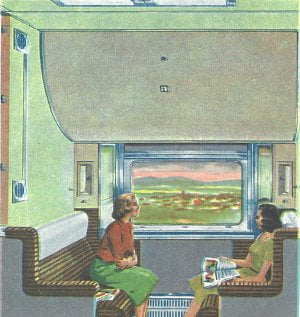 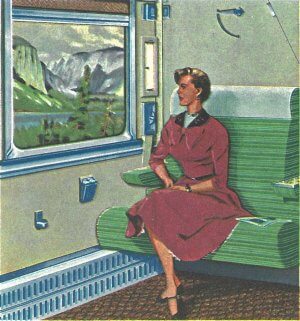 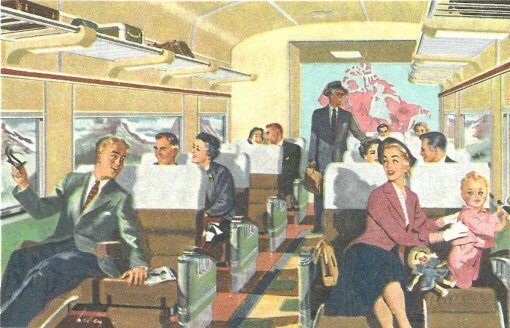 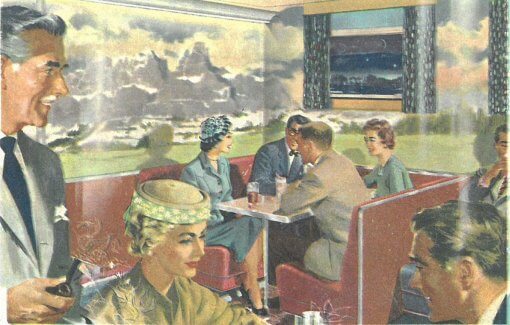 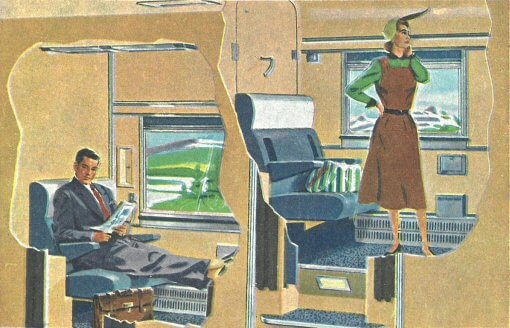 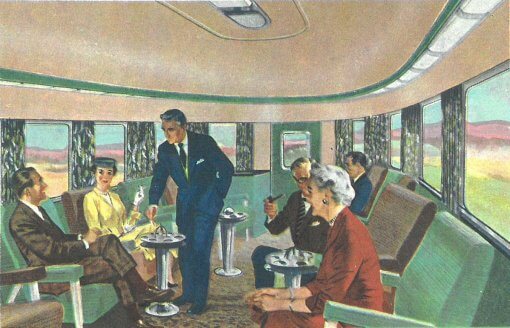 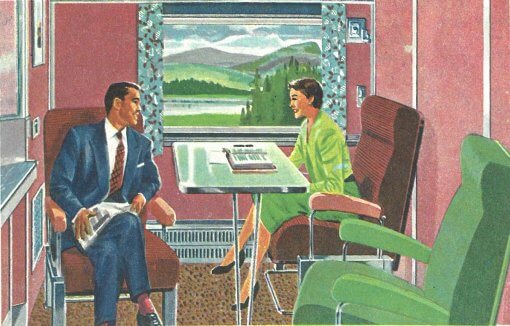 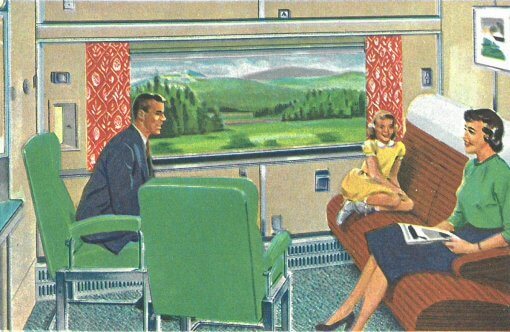 About this Canadian Pacific brochure

Vintage collectible map showing Canadian Pacific’s rail routes, plus flight and ship routes to Europe, Asia and South America. The other side of the map has floor plans of cars on the train plus a short write-up for the features and amenities of different compartments.

Creator: Could be Chesley Bonestell 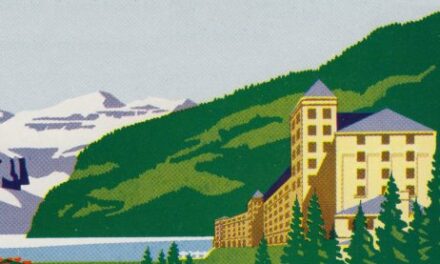 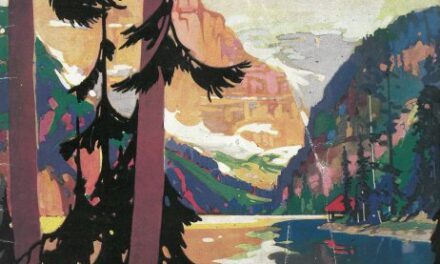 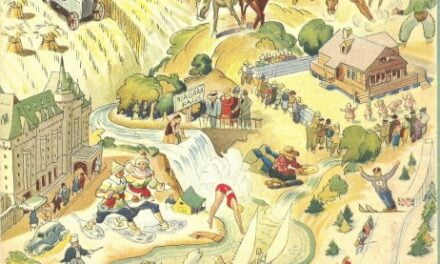