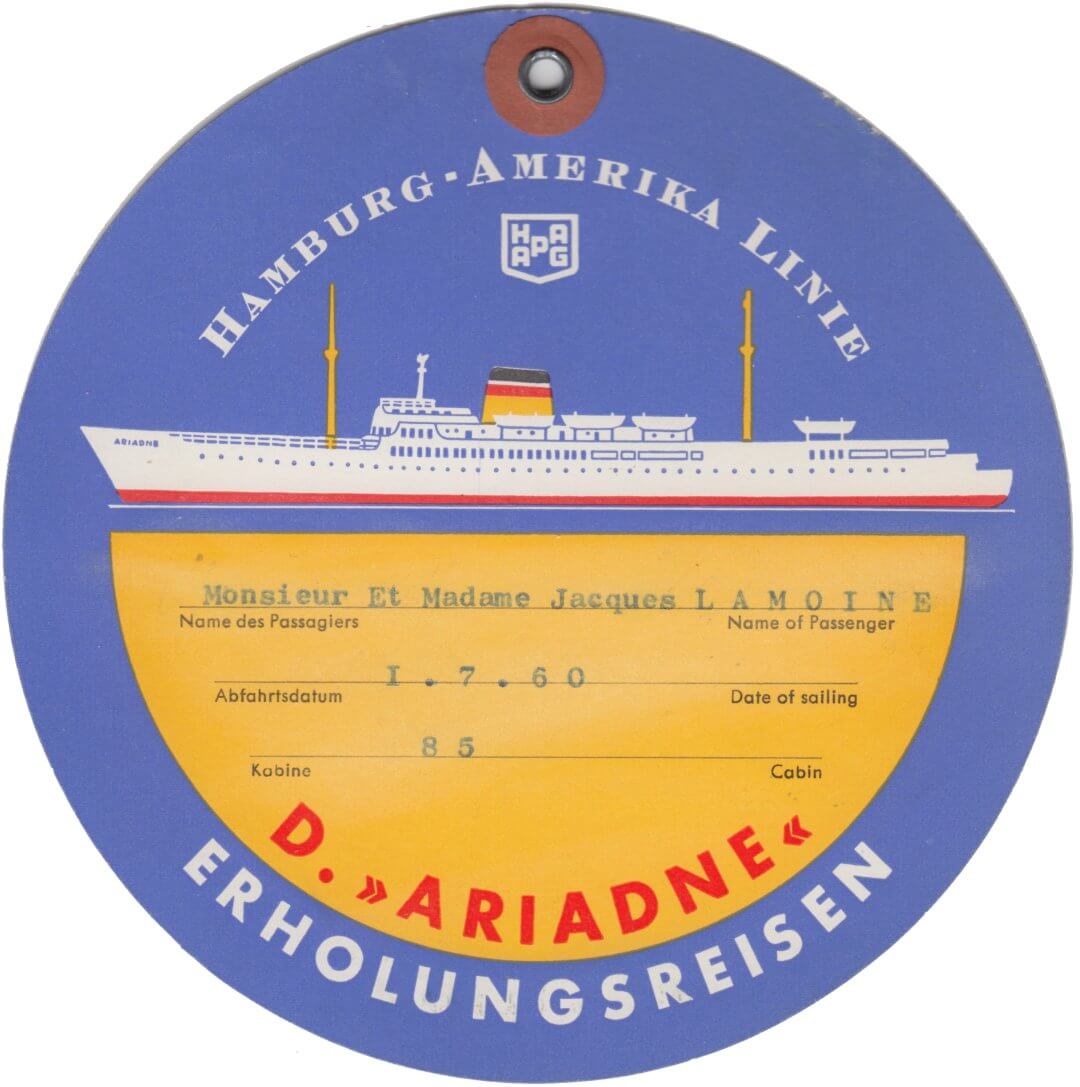 In its first years of existence, the Hamburg America Line exclusively connected European ports with North American ports. It supported for years the Germain immigration in the USA.

By 1872 the company was making weekly passages to New York and had extended their service to include Baltimore, Boston, Anwerp, Montreal, the West Indies, Mexico, South American, China, Japan and Australia.

In 1970, the Hamburg America Lien merged with is Bremen competitor Lloyd to becom the Hapag-Lloyd AG which is still one of the most important shipping company in the world.

History of the Ariadne ship

Launched in 1957, the Ariadne was formerly known as Patricia and acquired from Swedish Lloyd. It cruised in the Bahamas during the year 1972. The ship was sold to Bahamas in 1973 and renamed Freeport II. It was the 2nd ship of HAPAG with the Ariadne name.

About this HAPAG label

Circular label of 13,5 diameter used by Mr & Mrs Lamoine for a transatlantic cruise in July 1960. 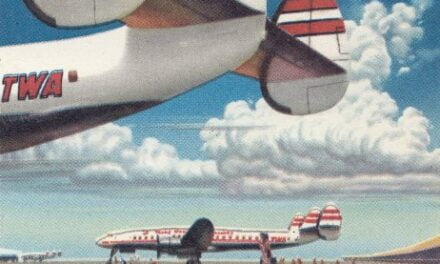 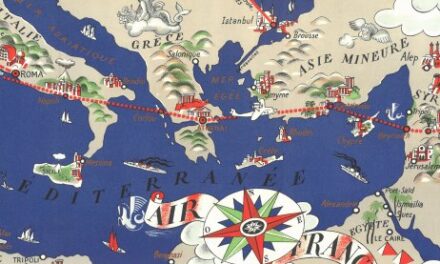 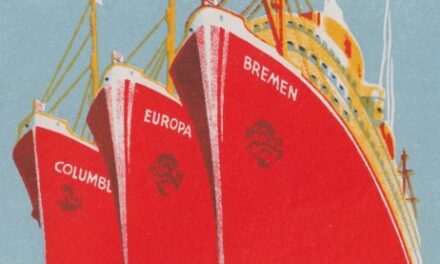 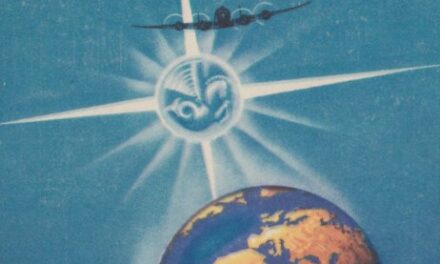