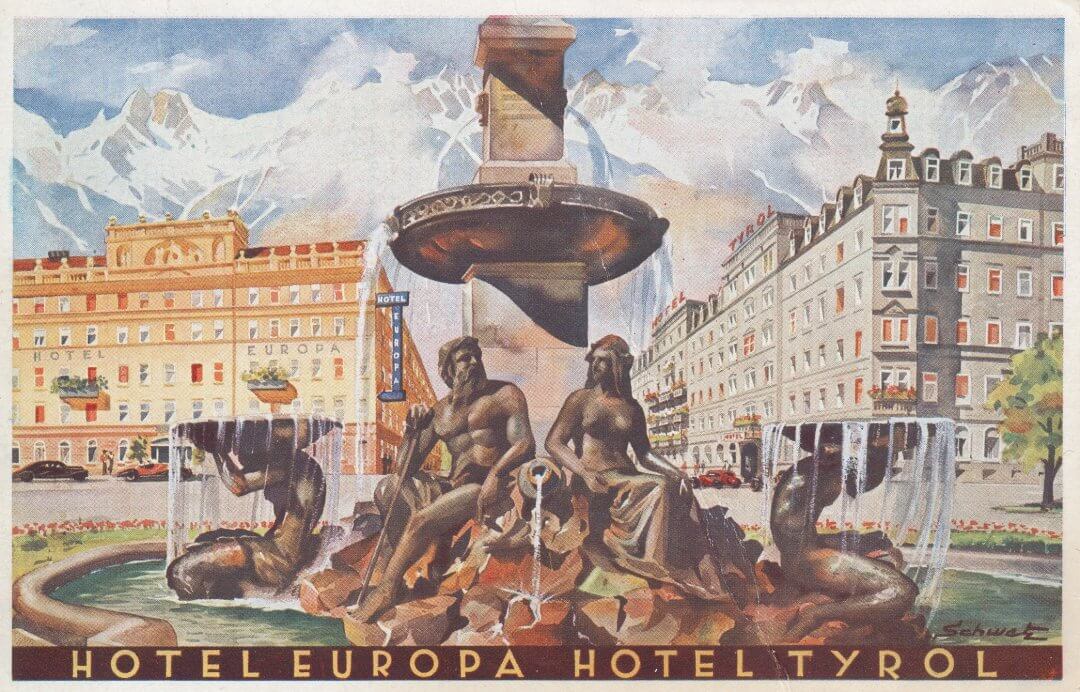 This promotional postcard displays a view of the Südtiroler Platz of Insbrück. In the foreground, which seems to be a fountain that does not exist anymore and in the background two hotels.
On the left side, can be seen the Grand Hotel Europa built in 1869 and one of the first hotel in Austria. As one of the main palace of Insbrück, it has accommodated some celebrities such as Queen Elizabeth II, the Rolling Stone or Catherine Deneuve herself.
On the right side, can be seen the façade of the Hotel Tyrol, Tirolerhof in German. It was once one of the most stately hotels in Innsbruck. Located on the north side of the station square and built in 1873/76. The Hotel Tiolerhof was destroyed in the air raids in World War II and rebuilt after the war.  In 1979 the hotel ceased operations. 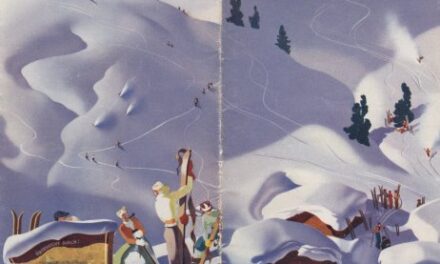 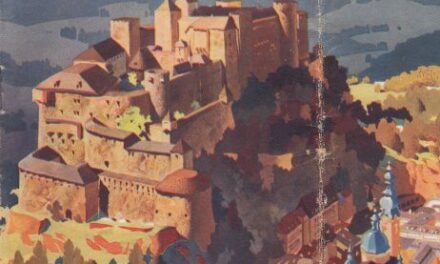 Salzburg, the city of Mozart 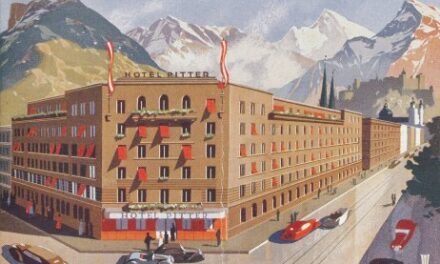 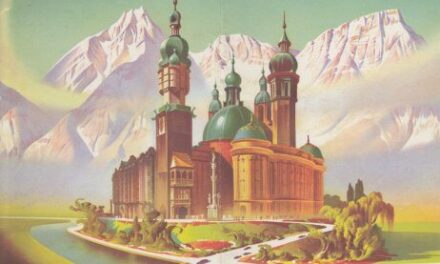